May this interview be an encouragement that there are others out there too, struggling to love and seeking to give, all the while figuring out what it looks like to do exactly that. 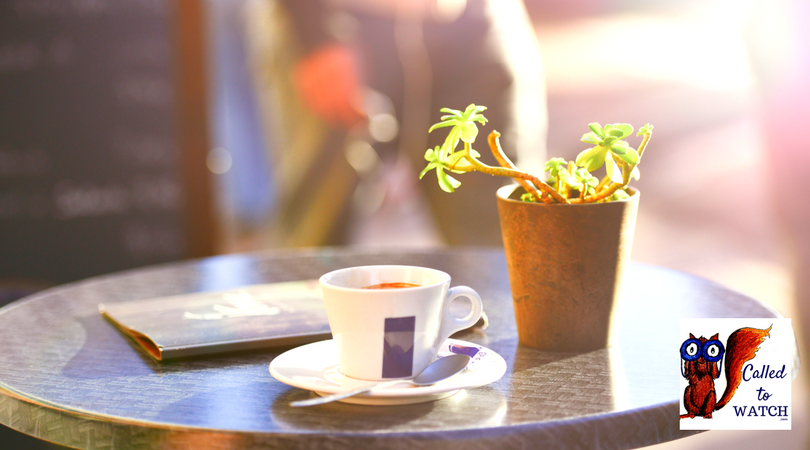 It’s time… for the second interview with another watcher.

The blog series Another Watcher’s Story is a compilation of interviews with other people just like us who are in a relationship with someone suffering from a chronic illness, mental or physical. They may or may not be in an official caregiving role, but they have a unique tale to tell.

The purpose of this blog is to remind us that we are not alone.

So without further ado, let me introduce Mary. Her son suffers from Bipolar, Tourette’s, Anxiety, Autism and Dysgraphia, and her Dad struggles with TIA’s (multiple strokes).

My dad:
We’ve almost lost my dad a few times.  He doesn’t care for himself.  He lives in an Assisted Living facility but he’ll stop walking around at all and get really bad off and have to be hospitalized.  There is no “fight” left in him.

My son:
I can’t blame this totally on his disabilities but he’s in jail.  He is into adolescent pornography and even got some girls to do some stuff.  I don’t know what and I don’t want to know, but his attorney assures me it’s really nasty.

My dad:
It’s hard when he doesn’t know what’s going on because he’s in the midst of something.  He used to have a really good sense of humour and I rarely see that anymore.  He really went down after we lost my mum in 2013.

My son:
It KILLS me that the child I loved and nursed has become a sexual predator.  I worked hard all his life to be sure he got the help he needed to succeed in school, etc. and it’s come to this.

My Dad:
I flew to Houston at the last minute because I thought I was saying good-bye.  He rallied.  I haven’t seen him since and I would really love to.  They say he’s doing a lot better.

My son:
I moved to Oregon at the age of 61 and left my entire family and all my friends behind in Texas because he couldn’t connect to services, etc., on his own.  We finally (after 8 years of trying) got him Social Security up here; he got connected to a really good Mental Health Case Manager and the Vocational Rehab people set him up with an Autism specialist to get a job.

During this time he re-offended and was caught and has been back in jail ever since (8/8/17).  It doesn’t look good for him.  He got probation the first time but there is no way that will ever happen again.  He’s already a Sexual Offender for the rest of his life and he was really bummed out by that.  He has a very hard time realizing what he did was wrong, against the law, and hurt other people.

I have learned what it REALLY means to be alone.  For Thanksgiving.  And Christmas. And every time I need something.  It makes me want to help others and I will, but I’m handicapped and frequently sick.

For this reason I can’t commit to be anywhere at any certain time and that limits my ability to help others.  I know that’s the only way I can move on. My son’s father dumped me when I moved up here by calling me two months later and telling me he was dating someone else.   He had been my best friend and we talked at least once/twice per day.  I miss that too.

I have learned that no matter what else is going on around me, I am fully reliant on Christ.  Maybe that’s what He was trying to bring me to.

I loved that kid so much maybe I was concentrating on him too much.  I still love him but the cognitive dissonance thing is hard.  I’m sure the parents of these young ladies would like to kill him, and other offenders would like to do awful things to him too.

That is so hard to square with the loving, sometimes thoughtful person he always was.  Some connections he wouldn’t make and I thought he was selfish and wondered what I had done to cause him to be that way.  I was a single parent most of his life; even when I was married to his dad.

As I mentioned above, God has been really present this entire time.  I felt it was his leading that I move up here and I still felt that way.  I only began to question it when Robert (my son) was taken from me and will probably be gone for a long time.

I sometimes feel that I’m running from God and not spending enough time with him.

I do almost anything to distract myself (read, watch TV, eat, sleep) rather than facing God and listening to him, or praying the way I know I should.  I don’t say that from a point of theology, but from my existence when I’m more tuned into my Creator.

My Dad:
My dad used to be abusive towards me.  He became totally deaf and after my mother passed he became very dependent on me, until I moved.  Our relationship was able to heal and we became close.

We never mentioned the past; he surely never asked for forgiveness. Nevertheless it was given, and that’s been a real gift to me.

My son:
As for Robert, my son – I’m still waiting to see what God has in store.  I sometimes get the feeling that I need to get involved in advocacy as there have been some real horror stories about his treatment for mental health through a lot of his incarceration and especially the months it took to move him up to Oregon though the system.

Jesus is my Lord and Saviour.  I truly believe that although I struggle with my faith sometimes.

“Oh, Lord, I believe; help thou my unbelief.”  That’s me.  The aspect of his patience and love.  LOVE!  Through everything he loves me and forgives me and I must do the same.

Through my aloneness I have felt like a hermit and that I don’t have a clue about how to love.  I am trying to learn reliance on the Father as Jesus always did, and spending time alone with the Father, and reminding myself that I am never really alone while I’m in Him.

The most love I have felt is from a woman I met in my church.  She was losing her husband when I first met her and nevertheless she adopted me and has been my friend throughout.

My male neighbours have helped me with things I can’t do myself and everyone has been very kind.  A friend from Houston came to visit me too. God is also working with me on judgment.

I have no idea.  I’m still searching.

Thank you Mary for sharing your raw and very real story of God’s faithfulness even in the midst of heartache.

// Are you a Watcher? If so I’d love to hear from you. Please don’t think your story isn’t exciting enough, or your loved one’s affliction not devastating enough! There are no wrong answers! Contact me at gloryafterwards@gmail.com to be part of this series (you can remain anonymous!)

PS: Because I regularly update old posts, you can miss some posts if you are only a ‘WordPress Follower’. Sign up for email notifications instead.